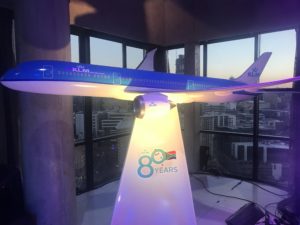 KLM Royal Dutch Airlines is the world’s oldest airline still flying under its original name and in October, worldwide, KLM turned 99 and in South Africa celebrates the 80th anniversary of the introduction of its route to South Africa.

In those early days of international air travel, KLM was one of a handful of airlines flying from mainland Europe to the southern tip of Africa – a journey which took days rather than hours to complete in passenger planes such as the Douglas DC3, which KLM began operating in 1938.

As part of the Air France-KLM Group, a major global air transport player and leading group in terms of intercontinental traffic on departure from Europe, Air France-KLM carried 98.7-million passengers in 2017, flying to 314 destinations in 116 countries.

“It is a major achievement for KLM to be continuing its legacy on the South African route eight decades after it began,” says General Manager for Air France-KLM Southern Africa, Wouter Vermeulen. “Given the global events that have marked the last 80 years of our history in South Africa and the challenges that we have had to overcome as an airline, I am exceptionally proud of KLM and what it has achieved over the last 80 years on this route,” he adds. 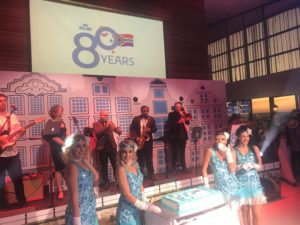 To mark the 80th anniversary, KLM will be holding a special event in Sandton, Johannesburg, at which key members of the KLM senior executive will celebrate with their valued trade partners and Corporate customers to pay tribute to the airline’s long association with South Africa and the role it has played in helping to develop South Africa as one of the world’s leading tourism destinations.

KLM Royal Dutch Airlines is the oldest scheduled airline in the world still operating under its original name and is part of the Air France-KLM group, a major global air transport player and leading group in terms of intercontinental traffic on departure from Europe.